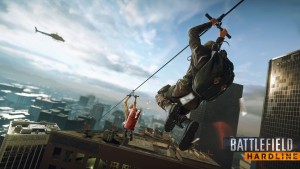 One of the ongoing punchlines regarding Electronic Arts’ E3 press conference this year was that it would be a pretty solid one…for 2015. Maybe the conglomerate is taking that criticism a little too literally.

In the span of two days, Electronic Arts made statements that both Dragon Age: Inquisition and Battlefield Hardline would be delayed. While Dragon Age: Inquisition will still make the 2014 Fall lineup after being delayed six weeks to November 18, Battlefield Hardline is being pushed all the way back into 2015, with no timetable given beyond “early 2015.” 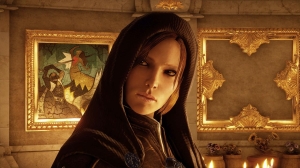 This is a particularly big sting for Electronic Arts as Battlefield Hardline was one of their tentpole franchises they have used to stay competitive with Activision and UbiSoft. Without Hardline in its Fall lineup, EA really has no action games to rely on for the remainder of the year.

Battlefield Hardline had come under a bit of scrutiny following its pre-E3 leak and subsequent E3 showing. Perception was that despite the game’s new twist focusing on a cops & robbers dynamic, it looked no different from any other Battlefield game and that it lacked the sheer mass and scope that Battlefield has become known for. With the additional pressure that Battlefield Hardline was facing following both the disastrous launch of Battlefield 4 and the lukewarm performance of Titanfall, losing Hardline for 2014 has to be a blow to a Fall slate only lined with EA Sports titles, Dragon Age: Inquisition and The Sims 4. 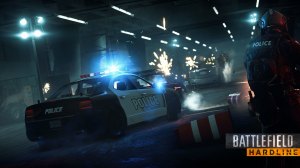 Hopefully Visceral Games and DICE will be able to tighten up the game for its 2015 launch as they have made multiplayer the development priority. DICE Vice President Karl Magnus Troedsson wrote about the delay on the Battlefield blog, citing a desire to make the multiplayer experience more innovative, create story depth and ensure the stability of the game.