With E3 2013 less than a week away, the media storm of pre-show hype is getting thick. From game announcements to rumors of resurrected IPs, this year’s E3 just might be the most unique show in recent memory. The show is guaranteed to have both the new Microsoft Xbox One and the Sony PlayStation 4 to show off for their respective fall launches, Nintendo will be present as well to drum up interest in their Wii U and 3DS platforms, PC gaming will show its rejuvenated mojo and the Ouya will be shown in a parking lot. 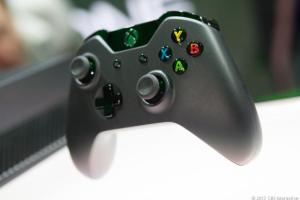 All three console manufacturers are facing an uphill battle despite each of their unique positions in the new generation of console wars. Microsoft, whose Xbox One presentation was praised by the general public but criticized by the gaming community, needs to clarify their stance on DRM related issues of used games and shared games as well as show that the Xbox One is an absolutely legitimate gaming platform. Given that they’ve been planning their Xbox One reveal fairly carefully, I would gather that Microsoft has a bevy of titles to show at E3. They already held back on their exclusive titles last year (only three notable titles between Fall 2012 and now: Forza Horizon, Gears of War Judgement, Halo 4) so I expect them to have a lot of progress done on those prototype Durango units. 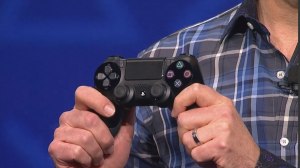 Sony on the other hand needs to show that they are listening to the backlash the Microsoft faced and their PS4 must absolutely be in attendance or what little sympathy they have will erode. While I won’t be surprised if Sony has something up their sleeve, I think that with the steady stream of content still releasing for the PS3 (The Last of Us is launching next week) and their hint of titles to come at their presentation in February, I doubt that Sony has a lot of mystery titles tucked in their back pocket. I do expect new sequels and HD remakes, but with the reliable Naughty Dog and Insomniac both launching titles within a month of E3, Sony will be hard pressed to find a studio that has something unique to offer the PS4. Maybe Media Molecule will make a departure from LittleBigPlanet.

Unfortunately for Nintendo, they may be facing the danger of obscurity as they are still looking for a way to make the Wii U matter. Fancy controller aside, the Wii U suffers from brand distinction apart from its Wii successor, a lack of uniquely developed software and a console that will be obsolete by the end of the year. With no formal presentation, Nintendo is changing their E3 strategy and focusing on the consumer by playing demos of E3 titles at a handful of Best Buy stores. Clearly they want the public to embrace the Wii U or it just might join the Sega Dreamcast as a console first out of the gates with a bold, new controller that ran out of gas before the console war even began.

If I had to guess, I would speculate that Microsoft has the best chance to perform well at the show, so long as they don’t fumble all over their DRM scheme. But Sony could still surprise with a big budget title that can blow Microsoft’s historically more meaningful exclusives out of the water (The Last Guardian please?).

I have a fantastic opportunity of being in Los Angeles during the show. But unfortunately, I neither have the publishing backing to attend as a reporter nor the funds to buy my way into the show. That being said, I will be there wandering the areas not restrictive to badge holders and hopefully I’ll be able to squeeze into a meet up or public showcase. Maybe I’ll go check out the Ouya in that parking lot. 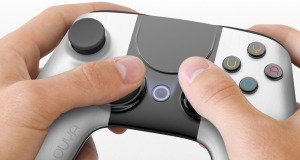